You are here: Home / Archives for Coyotes In Orange County

After the second attack, homeowner Samantha Kelley,  goes door to door getting signatures for action to be taken in the Coyote Issue in Huntington Beach.   This is not the first time this homeowner has gone door to door, this has happened before.      This last incident going into the $10,000 range in vet bills.

Many people in this area have had their pets killed.  A year ago,  Sept. 2013, the news covered the story of another homeowner in this area whose dog was attacked.   Momo, a miniature pincher, underwent surgery at the hospital for at least two-dozen bites, located primarily around her stomach.

Kiki, Samantha’s beloved dog, was not that lucky.   December of 2010, a Coyote jumped into their yard killing Kiki.

Now, a second time, she was having to watch in horror another loved family member fight for its life after being mutilated by a coyote.    Lucy, the most recent dog attacked was not out running the streets.   She was not even out in the backyard unattended.   She was escorted out by the her owners.   The coyote lay in wait, and before their eyes, grabbed the dogs out from the shadows and shrubbery.   Risking himself, the owner tried to scare the coyote away.  The coyote did not scare easy, but the homeowner did  not backdown as he had to get the coyote away to save the life of his dog.   Thank goodness he was not harmed and Lucy survived.

Below is the petition requesting the City of Huntington Beach to respond and take action.

Photos of Kiki and Lucy

Finally, I have the data viewable live that gets entered into the Wild Animal Tracking System.

Please remember to spread the word about our site,  without community activity we could not be able to  provide this information.

City specific groups that need a report specific to certain zip codes,  contact me directly via the Contact Form and I will get you those reports.

If you get any error messages after this post, please be aware that there will be a lot of people looking at this information and to try again.   Any issues with the site,  let me know.

One day I was a lady who lost a cat,  (actually two because the other died from trauma of watching it) , and I had a vision to let people know coyotes exist.  After so much frustration, calling agency after agency, talking to neighbors and people I ran into, I put this site out to get the word out.  Now, I’m not alone,  You are not alone!   Together we can get this information in one place!  Now, thanks to all of you, hundreds of people visit this site.    Hundreds of hours later, we finally have this data available live! 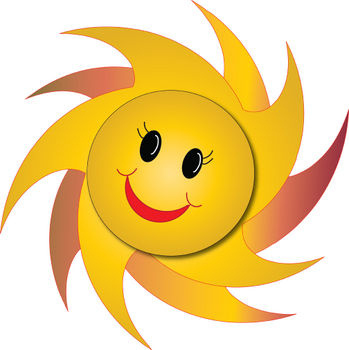 The girl was with her mother when the animal bit her twice and tried to drag her into nearby bushes.

By Willian Avila and Vikki Vargas

A two-year-old girl was attacked by a coyote when she and her mother where visiting her grandmother’s grave at Forest Lawn Cemetery in Cyprus. State Fish and Wildlife wardens have called the attack a public safety issue. The young girl is recovering at home. Vikki Vargas reports from Long Beach for the NBC4 News at 5 p.m. on July 23, 2013.

A 2-year-old girl was recovering Tuesday after being bitten and nearly dragged away by a coyote at a Cypress cemetery.

The attack happened while the toddler was on a visit with her family at Forest Lawn Memorial Park at 4471 Lincoln Ave. about 3:15 p.m. July 18, the California Department of Fish and Wildlife said.

The girl was with her mother when the animal bit her twice, as shown in the photo below, and tried to drag her away before her mother intervened.

“The image of her being dragged over headstones, helplessly grabbing the ground – all I knew is, I had to get her. I had to save her. I didn’t want her to be taken into the bushes,” mother Michelle Luper said.

Luper described a tug-of-war between she and the wild animal.

“When I screamed, the coyote let go and started growing at me, so I just grabbed her and tried to put distance between us,” Luper said.

Clarissa was taken to the hospital, where she was treated for rabies. She has two rabies treatments left to undergo.

“If there was not someone there to rescue this girl, the coyote may have succeeded in dragging her off,” said Mark Michilizzi, a Fish and Wildlife warden.

Michilizzi said coyote attacks on people are rare, but they when happen “it’s a serious issue.”

Fish and Wildlife officers killed three coyotes near where the attack took place, hoping to warn any other coyotes roaming the property.

“Even if we’re not getting the right one, they’re very smart animals,” Assistant Chief Dan Sforza, with Fish and Wildlife said.

“Once we’re out there and we’re taking one out of the pack, they aren’t a problem anymore. They’re quick learners.”

It was believed that one of the three coyotes killed was the one that attacked the girl. Michilizzi said the clothes the girl was wearing were collected to see if DNA matches a sample that will be taken from the coyotes.

The coyotes tested negative for rabies.

The cemetery has since put up signs warning about coyotes in the area and set up traps throughout the sprawling 100-acre memorial park. Still, officials say it’s difficult to corral wild animals searching for food and natural habitat.

California Coyotes have a single annual breeding season, which runs from late January to early March.

Coyotes have a gestation period of 60 to 63 days, an average of about six pups is born in a burrow.  The litter may be anywhere from 1 to 19 pups!

The female will stay in the den during gestation and to raise the pups.   It is important to be aware that they will protect their den.

If they mate in January,  pups can be expected as early as March.   At this point the male will hunt for food.   Later the male and female will take shifts hunting for food to feed their pups  taking turns at times to hunt at night and day.

If any new neighbors have moved into your neighborhood, please kindly inform them of the risks of leaving their pets out, to not leave food around and to take caution when walking their dogs.

As per our petition and city council meeting plea, the city has put together a brochure for the awareness.   The did not ever contact me regarding the message as promised.   So, this message is purely what they chose to state.

10/28/9 Cape Breton park. Toronto singer killed by coyotes.
Taylor Mitchell, a 19-year-old Toronto singer whose debut album was released in March, has died in a Nova Scotia hospital after being mauled by coyotes in a Cape Breton park.
Mitchell was hiking Tuesday on the Skyline Trail in Cape Breton Highlands National Park when she was attacked by two coyotes. Another hiker, who was walking nearby, heard her cries for help and called 911. -snip- Read the story here. 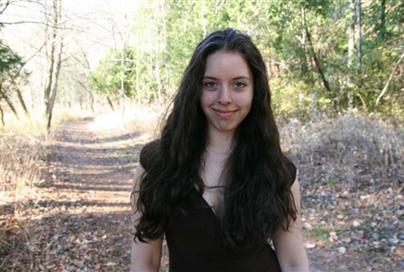